In animation, a “model sheet” refers to one of the many incredibly important reference images created by the shows main designers. Together, all of the various model sheets needed for an animated show make up a kind of style guide which is then used by all of the other artists involved in production. The main character designers at DiC were responsible for these model drawings which depict each of the Real Ghostbusters characters common poses, gestures and facial expressions. Model sheets also help maintain the style, colour and sizing of the shows characters, vehicles, accessories, weapons and locations in order to ensure continuity.

Every single company that produced Real Ghostbusters merchandise would have been supplied with similar images which were then given to the artists they employed. For exam

ple, the ones that I own are all copies which came from the advertising agency in New York that handled the commercials for Kenner’s toy line.

To start with, here are some early painted cels of Egon, Peter, Ray, Winston and Slimer (as well as a line drawing of Janine) from March 1986, before the first stock character modelpackage was even ready. 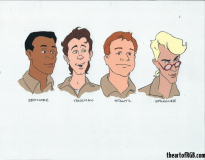 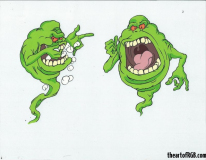 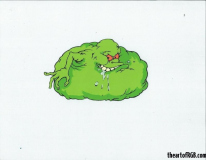 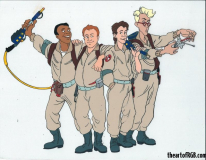 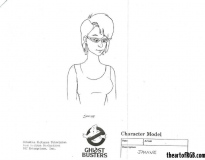 These particular cels were sent direct from DIC to ABC along with a letter apologising for the delay on the shows style guide and a promise that one would follow soon. Interestingly, a hand written note on the letter that came along with the cels reads “Please send on some cute, puppy dog like poses of Slimer. He’s scary, yes but let’s see warm, too” as well as a note about Janine’s appearance “Janine? Wasn’t she kinda preppy in the movie?”.

Below are some images of a few of the earliest model sheets ever produced (Dated between October and November 1985) which include artwork from character designers Gabi Payn, James Gallego & Marek Buchwald. This may well be the first incarnation of the RGB style guide sent out by DIC to other companies like Kenner & ABC.

The model sheets in this package are really cool because they feature images of things only ever seen in the original RGB promo pilot like the Ghost plane piloted by the skeleton & the Stay Puft Marshmallow van which Slimer hijacks.

You may notice that unlike the rest of the team, Peter’s sheets are undated (the rest of them are from 1985). This is because he was completely redrawn by Gabi Payn a few months after the original promo pilot was produced (where he looks more like Bill Murray). 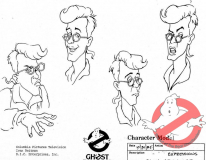 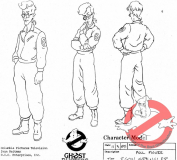 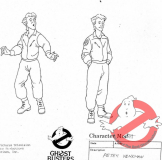 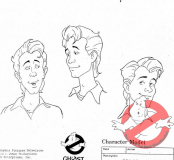 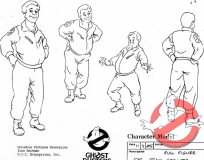 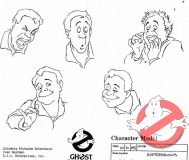 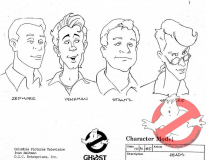 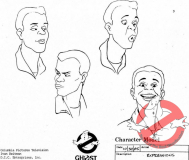 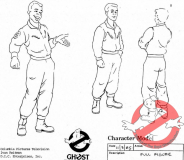 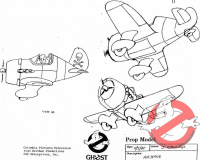 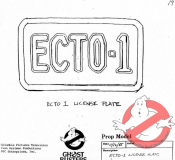 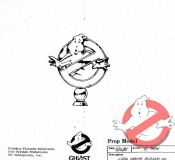 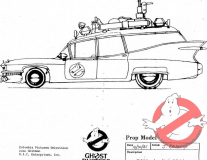 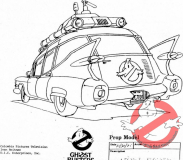 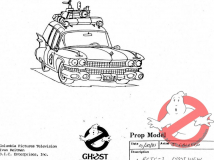 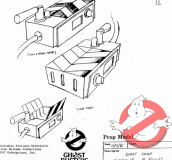 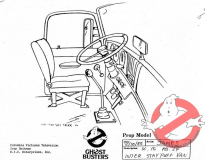 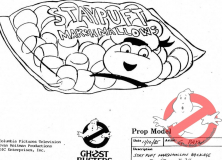 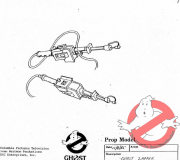 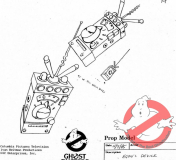 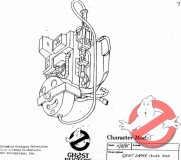 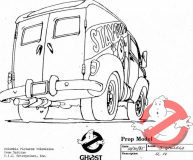 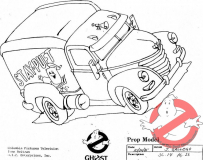 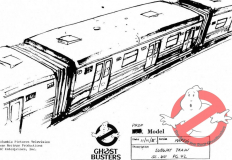 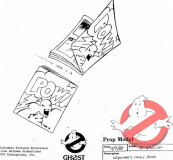 The style guides that followed were given a complete overhaul and were now large full colour binders full of character bios and information on all the various gizmos and gadgets seen in the show.

I’ve grouped the colour sheets together for anyone wanting to know the PMS (Pantone Matching System) colours for jump suits, proton packs etc.

Here are the black and white line drawings from the syndicated season style guide which show facial expressions and poses for all the main characters.